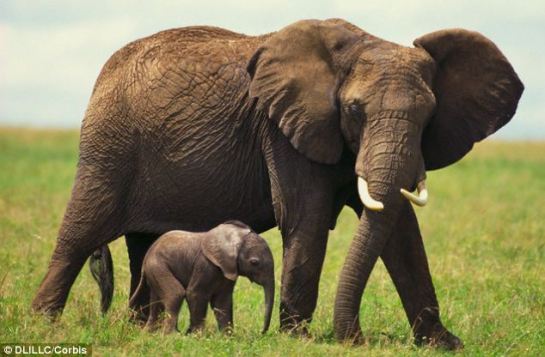 A study found the gentle giants can distinguish a warlike tribe from a more peaceable people, simply by listening to recordings of their voices.

Not only could the African elephants tell the two languages apart, they could also work out if the speaker was a man or a woman and an adult or a child.

FROM GRIEVING TO SNEAKING: THE INTELLIGENCE OF ELEPHANTS 7 thoughts on “FROM GRIEVING TO SNEAKING: : Elephants can guess human’s age and even ethnicity by listening to a voice”